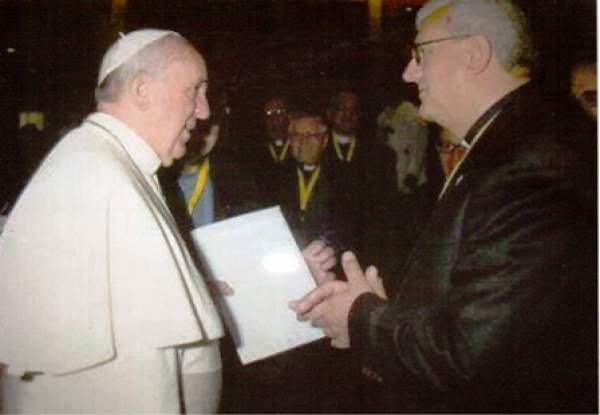 Pope Francis has asked the Church to celebrate 2015 as the year dedicated to Consecrated Life. He said this during a meeting with the superiors general of men’s religious institutes. This meeting was special, and very warm, lasting three hours. During this time the generals were free to ask the pope questions about the future of consecrated life, and he willingly answered. It may be the first time a Pope has met and spoken so warmly with the superiors general. We can therefore rightly expect that next year’s celebration will not remain a mere recapitulation of themes. We know already about the various events and initiatives of the Holy See set for this time, says Cardinal Joao Braz de Aviz, Prefect of the Congregation for Institutes of Consecrated Life and Societies of Apostolic Life. First of all, in the face of crisis of vocations, we do not want to be prophets of disaster, but people of hope, who do not count on our own “horses and carts,” or on our own strength and numbers, only on Him whom we trust.

The Year of Consecrated Life is planned to begin in November with the 60th anniversary of the publication of the Constitution Lumen Gentium, and end November 21, 2015, on the 50th anniversary of the decree Perfectae Caritatis. At this time, plans include: a meeting in Rome of religious and nuns in temporary and perpetual profession under 10 years; the next meeting of formators of both men’s and women’s religious communities; a Congress on the Theology of Consecrated Life; and a chain of prayer in the monasteries . As a preparation for the celebration of this year we might include an event that has already taken place March 8 – 9, a symposium on the management of material goods in Religious Institutes, which was attended by about 900 people - General and Provincial Treasurers.

During this time, there should also be some documents prepared: the new edition of Mutuae Relationes on the relationship of bishops and religious and mutual cooperation; and the updated instructions Verbi Sponsa, on the autonomy of cloistered nuns. Also planned is a document on the life and mission of Religious Brothers, and Brothers belonging to secular institutes. The Pope also wants to produce a new Apostolic Constitution on the contemplative life to replace the currently applicable Sponsa Christi, promulgated by Pius XII in 1950.