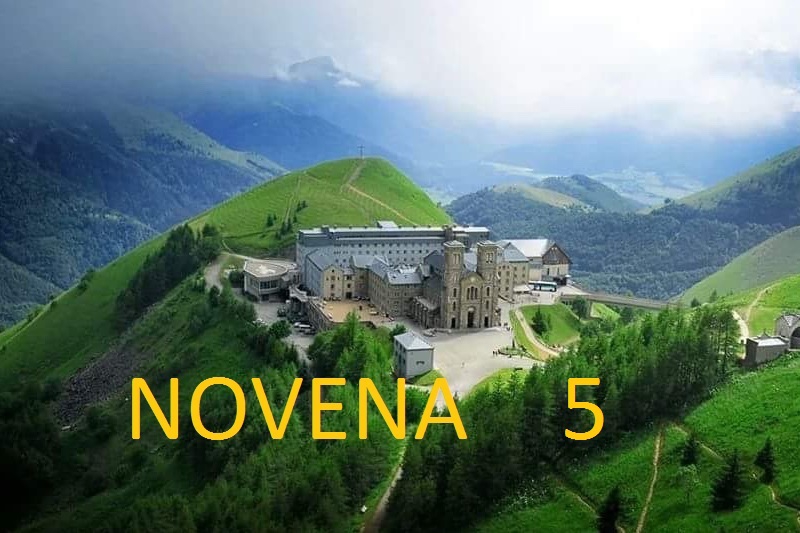 Theme: Mary saw Jesus lifted up on the cross

Feast of the Exaltation of the Holy Cross: Lectionary: 638

With their patience worn out by the journey,the people complained against God and Moses,“Why have you brought us up from Egypt to die in this desert,where there is no food or water?We are disgusted with this wretched food!”

In punishment the LORD sent among the people saraph serpents,which bit the people so that many of them died.Then the people came to Moses and said,“We have sinned in complaining against the LORD and you.Pray the LORD to take the serpents from us.”So Moses prayed for the people, and the LORD said to Moses,“Make a saraph and mount it on a pole,and if any who have been bitten look at it, they will live.”Moses accordingly made a bronze serpent and mounted it on a pole,and whenever anyone who had been bitten by a serpent looked at the bronze serpent, he lived.

Brothers and sisters:Christ Jesus, though he was in the form of God,did not regard equality with God something to be grasped.Rather, he emptied himself,taking the form of a slave,coming in human likeness;and found human in appearance,he humbled himself,becoming obedient to death,even death on a cross.Because of this, God greatly exalted himand bestowed on him the namethat is above every name,that at the name of Jesusevery knee should bend,of those in heaven and on earth and under the earth,and every tongue confess thatJesus Christ is Lord,to the glory of God the Father.

We adore you, O Christ, and we bless you, because by your Cross you have redeemed the world. R. Alleluia, alleluia.

Jesus said to Nicodemus:“No one has gone up to heavenexcept the one who has come down from heaven, the Son of Man.And just as Moses lifted up the serpent in the desert,so must the Son of Man be lifted up,so that everyone who believes in him may have eternal life.”For God so loved the world that he gave his only Son,so that everyone who believes in him might not perishbut might have eternal life.For God did not send his Son into the world to condemn the world,but that the world might be saved through him.

La Salette Scripture Reflection: Feast of the Exaltation of the Holy Cross

Often while watching a baseball or football game on television, we may see some scripture passages on signs that people hold up for all to see. Many see these as acts of a religious fanatic but we may be missing something good if we do that. In fact, “John 3:16”, an often-used bible citation is certainly a central passage of the New Testament. No other verse in the scriptures summarizes God’s relationship with humanity in such a succinct way.

First, God loves us abundantly. Second, the unimaginable extent of God’s love is that God sent his only Son to live, and die, and rise – all for love of us! Thirdly, anyone who does believe in Jesus will be saved – and will be welcomed into heaven “for ever and ever.” All this comes from this one remarkably short verse and can give us a great revelation and immense hope. In other words, the cross of Jesus does save us.

People later commented on the possible meaning of the symbols of the hammer and pincers that “floated” under the right and left arms of the crucifix on which the living and moving body of Jesus could be seen! The hammer seems to be symbolic of our sins, which hammer the nails into Jesus’ hands. The pincers can be seen as our good and loving acts which mercifully remove the nails from the Lord’s bloody hands.