La Salette: from fear to trust 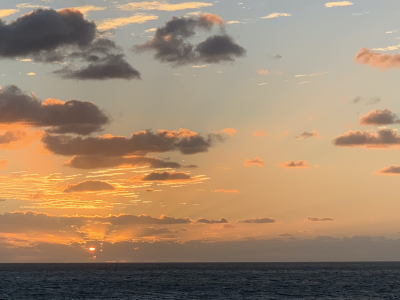 La Salette: from fear to trust

Do not be afraid…

Nothing about the human existing is excluded from the Bible. Including the issues of fear and trust. Fear and trust: key words that determine the difference between simple “exist” and “living fully”. The Bible, which records more than 365 passages referring to the invitation to not to fear, seems to be aware of this.

The Holy Scriptures recognize two kinds of fear. One fortifies, and is what the Bible calls the “fear of Adonai”, the principle of wisdom (cf. Prov 1:7). The second is a spirit of fear, which consumes, grips, paralyzes and disables. We’ve all experienced it, at least once. We can make bad choices because they have matured in fear; or we prefer, intentionally, not to choose because they are blocked by fear of the unknown, uncertainty, failure, what others may think of us, etc. And most of us want “not to fear” in order to truly live and not just exist, to be free to love and to be loved (see 1Jn 4:18).

In the life of the believer, fear and trust coexist. What is relevant is the question: what do we listen most to? What inspires and directs our lives? Fear or trust? It is interesting to note, in this regard, that even our Fathers and Mothers in faith have experienced both fear and distrust, despite being chosen by God and willing to follow the voice of the Lord. See, for example, the figures of Abraham, Isaac, Jacob, the great legislator Moses, the biblical king par excellence, David (Ps 56:10-11), Sara, Ruth, Rachel, Miriam the sister of Moses, Peter, or the Twelve Apostles...

Even Joseph (Mt 1:20) and Mary of Nazareth experience the feeling of fear. Immediately after the words of the angel Gabriel, the evangelist Luke reports that Mary “was very upset and wondered what it was like for a greeting like this” (Lk 1:29). Yes: on the one hand, the main protagonists of the History of Salvation are assailed by fear, but on the other hand, they know how to trust the Words of the Eternal One.

Something similar can be said of Maximin and Melanie in La Salette. When Melanie suddenly sees a globe of light right there where they had previously deposited their lunch bags, she calls to Maximin agitated and intrigued. Both are caught by fear: Melanie drops her stick and Maximin tries to take it back, in case it is necessary to defend herself from that mysterious source of light. Their fear leaves room for confidence when, after seeing within the globe of light the figure of a “Beautiful Lady”, sitting with her elbows resting on her knees and her face hidden between, they are listening to her who was saying following words: “Come near, my children, do not be afraid, I’m here to announce to you a great message”.

The primary dynamic of this meeting follows the dynamic of the numerous encounters with the Lord recorded by the Bible. Often these are the encounters that, initially, generate fear in the one who experiences them. But with the initial fear there is always a divine word, capable of instilling confidence and opening up to unexpected horizons. Jesus of Nazareth, for example, heals Peter’s fear by not only encouraging him to “not to fear”, but also giving him a mission: “From now on you will be a fisherman of men” (Lk 5:10). Similarly, at La Salette, the “Beautiful Lady” not only invites the two children to “not to fear” and to approach her to carry on their mutual meeting, but, once freed from the initial fear and having gained their trust, she entrusts to them a mission.

Both the Son and the Mother, just like the God of Abraham, Isaac, Jacob and Jesus of Nazareth, do not demand a faith without fear from us. The God of our Fathers in Faith, the Son and the “Beautiful Lady of La Salette” have faith in us before we believe in them. They believe in us, together with our fears and our abilities. They give us confidence. They want to forge an alliance with us. And when we become aware of this, we are healed of our fears, because we begin to trust the Spirit that is in us (cf. Mt 10:19-20). We’re transformed. And this trust in the Spirit and our transformation open up for us surprising horizons, because they allow us to open ourselves to the voice of the Lord that entrusts to us a mission.

The trust – an expression of love and faith…

“Come near, my children, do not be afraid,

I’m here to announce you a great message”

The event of La Salette opens with this vehement appeal to two Shepherds. The Holy Scripture is filled with the two words (fear and confidence) in the density of its content. We could say that the Bible is a book that invites us to see in God as a friend who finds the pleasure in walking with man in the most varied situations of his life.

Mary in La Salette makes her own the words with which God addressed the people or particularly to the prophets: «Do not be frightened. Don’t be afraid». “Don’t be afraid, because I’m with you; do not cast desperate looks because I am your God” (Is 41:10); Jesus said in the New Testament, “Don’t be afraid, then; you are more valuable than many sparrows” (Mt 10:31).

Hence the secret of overcoming any fear rests in a total and complete trust in God. The two shepherds moved inwards to take a step forward and make themselves available to the Lady who brought them a beautiful message.

The fear that engulfs us takes away our faith and our trust in the one true God; fear makes us weak and sick. Just as one day on the lake with His disciples, Jesus looks at us today and takes his eternal words through his Mother: “Courage, it is me! Do not be afraid!” Behind Our Lady’s voice is hiding the eternal Word of God, because Mary reminds us of our duty to do what her Son recommends to us.

The constant “fear not” draws our attention to our commitment to place our trust and faith in the Lord, as the psalmist writes: “In God I place my trust and I will not be afraid; what can man do to me?” (Ps 56:12). Thus, the secret to overcoming fear is total trust in God. The two shepherds were moved interiorly to step forward and make themselves available to the Lady who carried the most beautiful message.

The fear triggered by the “powerful” Covid-19 has become the word of reference in today’s world. It is at this moment that Mary’s words at La Salette invite us to trust, to “not to be afraid” because the Lord continues to lead the destinies of this world. The Mother of God, acting as the ambassador for God’s saving project, shares with us the experience of trust in God that was passed on to her by the angel at the event of the Annunciation.

Mary knows the feeling of fear well. When the Archangel Gabriel appeared to her, She was terrified. The Divine Messenger calmed her down with the invocation: “Do not be afraid!” Only later does the dialogue of the Representative of Heaven with the most worthy representative of the whole humanity follows in the most important event in the world, that is in the Incarnation of the Son of God.

At La Salette the roles are reversed: now it is Mary acting like the divine messenger who speaks with the simplest representatives of the mankind – with the children who feel frightened for having experienced something extraordinary. The Beautiful Lady perfectly understands the fear of Maximin and Melanie even if they, seeing a weeping woman in her outward appearance similar to other women in that region, feel so acquiesced to such an extent that they do not flee terrified.

The true respect for human sensitivity to any supernatural things, that require special help to get used to them, is revealed in Mary’s conduct. At the beginning of time, before we fell into the condition of sin and death, it was our natural characteristic. Adam and Eve, and only them among all mankind, lived in a natural and friendly confidence with God, until they ate the forbidden fruit from the tree of knowledge of good and evil. Firstly they, and then all of us, have lost that wonderful state of friendship with God free from all kind of fear, until the first coming of the Saviour to this world. Only in Jesus Christ are we able to stand face to face before God - even if His face is hidden behind the likeness of the Son of Mary and Joseph of Nazareth and after His Ascension to Heaven is hidden under the species of Bread and Wine - and we do not die of fear. But it only happens because we are sustained by the grace of the Saviour, merited on the Cross and sealed by the Resurrection. There is no fear of death in Him, there is no terror in front of the Divine Majesty, but there is great awe, based on the belief that God loves us, regardless of who we are and how much we possess.

Mary was the first, together with St. Joseph, to see the Incarnate God and she has got used to His earthly ordinariness and has contemplated His Divine Majesty hidden behind the appearance of the human nature of her Son, Jesus. And in this spirit she said to the children at La Salette: “Come closer, do not be afraid!” It said so, because in faith in the communion of the saints we are all united: some of us on this Earth, still on the pilgrimage to Heaven, some others now beyond, in Heaven, waiting for the resurrection of their bodies.

Let us trust God, through Mary’s intercession at La Salette, that He will grant us the grace to receive God’s love in true awe, based not on fear, but on the praise of God for His great mercy towards us.