2017 Council of the Congregation – Bangalore 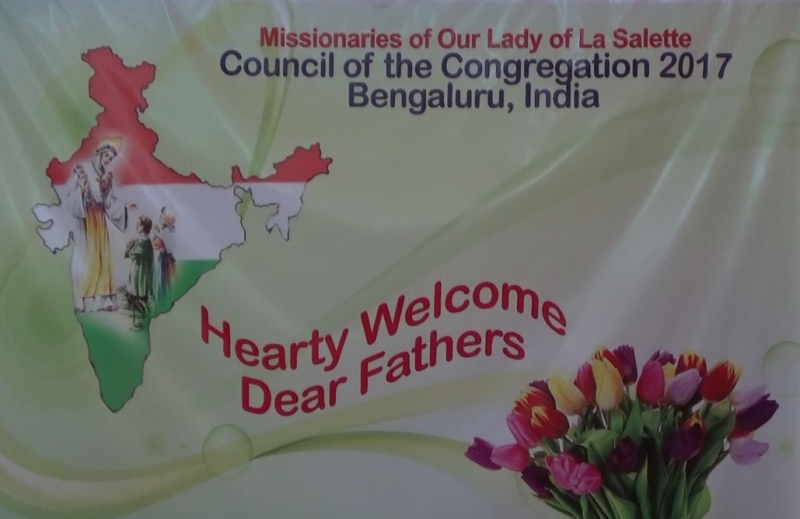 This year the Council of the Congregation was held in India, at Bangalore (the official name of the former Bengaluru). A city of 11,000,000, it continues to grow in the direction of Electronic City, a growth that might, unfortunately, be described as uncontrolled. A few decades ago, the largest software companies began establishing themselves here, where labor was cheap. This attracted thousands of young professionals looking for work. Developers build wherever they find space. Huge houses have sprung up like mushrooms after a rain. Opposite our seminary and provincial house, built in 2002 in what was the outskirts of the city, there now stands, among poor homes, a whole city of ten-story buildings.

The meeting began on February 6 and will end on February 26. Present were all the Provincials (from India, the Philippines, Angola, Madagascar, Italy, France, Poland, and Brazil), as well as the Regional Superior of Argentina-Bolivia and the Superior of the District of Myanmar, with, of course, the General Council, the General Treasurer, and two translators: Jack Nuelle, and Belarmino Tchipundukwa, who is also General Secretary. During the sessions of the Council of the Congregation, each Provincial presented a report on his Province, focusing on experiences since the last Council of the Congregation, joys and problems. This Council of the Congregation also discussed the elements of a unified Formation Program for the whole Congregation; international programs and meetings; the new mission in Tanzania; vocations; the virtual library; software for the General Secretariat accessible to all Provincial Secretaries; the Commission of European Provincials (KEP); the role and formation of La Salette Laity; and preparation of the next General Chapter.

View the embedded image gallery online at:
https://lasalette.info/news/1034-2017-council-of-the-congregation-bangalore#sigProId085a584b8e
back to top