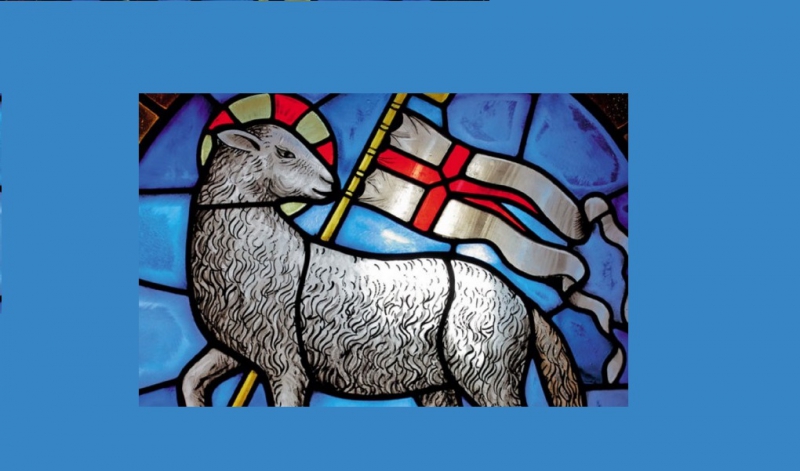 “See, I am doing something new!

Now it springs forth,

The Lenten journey we have undertaken in light of the Word of God and the discernment necessary for a change of heart, brings us yet again to celebrate with joy the Resurrection of Jesus. Conquering death, he has in fact restored to the world the hope that everything can be renewed and can change for the better if our lives are anchored in his. I hope with all my heart that this Lenten journey has been for everyone a fruitful time to reflect on the foundations upon which we have constructed - or are constructing - our religious, community and apostolic life. Pope Francis proposes three foundational “building blocks” for our consideration: memory, faith and merciful love. A treasure for our reflection!

These three “building blocks” are not at all foreign to our spirituality, to our religious and community path, and to our charism.

The Beautiful Lady, in her apparition at La Salette, reminds us that she thinks of us and suffers for us without regard for time; that God has not forgotten us and that her greatest joy is to be able to embrace us with a hug of pardon, mercy and reconciliation.

She further reminds us that our faith must not be simply an occasional thing or relegated to various formal or ritual acts, no matter how important these may be; but it must become flesh in our flesh, and be translated into a manner of thinking and living that is transparent, consistent, and evident to all.

The reading of the signs of the times, finally, is a reminder to keep our attention lovingly fixed on the many situations around us where people are experiencing discomfort, difficulty, marginalization or existential loneliness, even in our own local communities. In such situations we are called to witness our nearness, offering the precious and disinterested gift of our fraternal service.

May Easter this year be a real opportunity for a deep renewal of ourselves, reimagining and refounding our relationship with God and with others, especially as regards fraternal life in community and our dedication to ministry as missionaries of reconciliation.

As can be seen in the decisions taken there, the Council of the Congregation, held in Bangalore, India, this past February 6-26, were characterized by a new missionary awareness on the part of our Congregation with the pending opening of a La Salette community in the diocese of Pemba, Mozambique, the support for the mission in Haiti, the movement of the La Salette Laity, and the erection of the District of Myanmar as a Region.

The time spent in India was experienced as a special grace which the Lord and the Virgin of La Salette wanted to bestow first of all on each participant, and through them, to the entire Congregation.

The Theme of the Year, taken from Isaiah 43, quoted at the beginning of this letter and offered to the Congregation for its reflection, helps us grasp with gratitude and thanksgiving, the newness, the vitality and the hope emanating from the Council of the Congregation this year and characterizing the Congregation’s present situation.

I pray that the call to strike out into the depths, daring new horizons, will put into the heart of each of us a renewed desire and an intimate enthusiasm to spend our best energies for the cause of the Gospel in today’s world, without tiring and without fear; but rather with the same grit and determination that accompanied the missionary thrust of our first confreres.

The Council of the Congregation also presented the opportunity to convoke officially the next General Chapter, which will take place in the spring of 2018 in Argentina, and to open the way for its preparation on the part of the entire Congregation. To this end a theme was chosen to act as a unifying element along the path we are taking singly and together in prayer, reflection and study:

“Reconcilers for the World, Prophets in the Grace of La Salette”

This theme immediately presents us with three elements that I invite you to keep in mind throughout this year in your personal work, community meetings and ministry:

+  the Apparition and the message of La Salette are a grace and a richness, not for us alone, but for the entire Church;

+  this grace is entrusted to us to be put at the service of today’s world, which more than ever is in need of forgiveness and reconciliation;

+  we, Missionaries of La Salette, called to be believable proclaimers and ministers of this grace, must, in our turn, be indefatigable “bridge-builders”, enabling men to meet, dialogue, and be reconciled with one another and with God.

Easter is the feast of hope which breaks into the personal histories of each one of us and of the world (histories marked by sin and weakness) offering once again the opportunity for rebirth and new life.

My Council and I send greetings to each of you, dear brothers, wherever you are, to our young in formation, to our aged and infirm members, to the La Salette Sisters, to our friends and benefactors, especially the numerous La Salette Laity who, touched by the grace of the Apparition, desire to accompany us in the difficult but always exciting mission of announcing the Good News of Jesus Risen.

May the Beautiful Lady of La Salette, our Mother and Patroness, continue to protect and guide you - all of you and each one of you - along the path of evangelical and charismatic faithfulness.

+  Early on March 11, Fr. Adilson returned to Rome from a ten-day visit of Myanmar, where he guided the preparations for the first meeting “ad instar capituli” , which will take place in Mandalay, May 8 - 12. This meeting will be the setting for the election of the Council of the new Region, the approval of new statutes, and setting the direction for the ministry of the community there for the near future.

+  On the morning of March 24, the religious community of the parish joined with that of the General House for the first meeting together, which, if all goes well, will take place every two month.

+  As announced at the Council of the Congregation, the first meeting of the International Commission of La Salette Laity took place at the General House March 20 - 23, under the direction of Mr Mario Alone, the new international Coordinator. Fathers Adilson and Silvano were present. Only four provinces and one region were represented: Argentina, Brazil, India, Italy and the United States. For the representatives of the remaining Provinces (Angola, Philippines, France, Madagascar, Poland) a meeting will take place November 13 - 16 here in Rome.

+  The Finance Council of the Congregation, at its annual meeting in the General House, March 27 - 30, examined the financial report of the General Council and of all the Provinces. Doctor Corrado La Rosa was also present at this meeting. He is the lawyer representing the General Council in negotiations with the Commune di Roma for the renewal of the contract regarding the former scholasticate building.

+  The young La Salette Sisters, who are preparing to participate in this year’s PPP, spent four full days in Rome as guests in the General House. They were accompanied by Sister Marie France, their formator and the present Director of the Shrine of La Salette in France. The stay in Rome certainly allowed them to get to know and appreciate the rich religious and cultural history of the Eternal City, but even more, presented them the opportunity to touch the face of the Universal Church.

YOUR URGENT HELP NEEDED: Would those Provincials who have not yet sent the Names and e-Mail Addresses of their members participating in this year’s PPP, please do so immediately to the attention of the Secretary General. Thank you.