To All My LaSalette Brothers and Sisters:

My new assignment has taken me to the Diocese of Tucson, Arizona. I am working in Detention Ministry with a focus on Restorative Justice; Detention Ministry here in the diocese is called The Kolbe Society out of respect for and inspired by Saint Maximilian Kolbe who gave his life to replace a man condemned to death.

Restorative Justice (RJ) has many expressions as it strives to ‘make things right’ between a victim and his/her offender and the community. The objective is to focus on the broken relationship between the victim and the offender that has caused real harm and possibly deep hurt to the victim and within the community; while the criminal justice system looks to punishment as the reparation for the hurt/harm caused by the offender, restorative justice looks to address the hurt/harm by bringing both together (when possible) and to explore all the dimensions of hurt/harm caused by the crime.

In most crimes, the victim has sustained serious material damage and this must be addressed; the offender is responsible for just compensation. However the victim is a person and will most certainly have suffered inner hurt as well; this emotional hurt is addressed when the victim meets face to face with the offender through the restorative justice process; we should note that this face to face meeting rarely happens within the criminal justice system. This victim-offender meeting allows the victim to tell the offender the full extent of hurt, material/physical/emotional/spiritual, experienced; it allows the victim to ask questions of the offender such as ‘why?’, ‘why my house and not someone else’s?’, etc. This meeting then is beneficial for the victim since it lets him/her ‘get things off their chest’, get answers to questions not asked in court proceedings and to really meet the offender face to face (if the victim and offender choose to do so).

The offender is always responsible to make reparation for the damages caused, as much as possible; in many crimes, especially very serious ones, this may not be possible or is impossible; incarceration is the result and the victim and offender rarely get to see each other, much less meet. With restorative justice, the offender gets to see the victim as a person and hopefully understand more fully what his/her crime has really done, in terms of not only the material loss but also the emotional hurt, the loss of peace of mind, etc. This can be very beneficial to the offender: to see victims as real people and not only as another opportunity to take advantage of because “they” have what I want. To begin to really see their victim as a real person can go a long way to helping the offender decide to steer away from a life of crime.

THE RESTORATION OF VICTIM AND OFFENDER

While justice is never overlooked nor given short shrift, the meeting of victim with offender can be restorative for both. The offender, in order to be restored, needs to admit he/she has done wrong and be willing to ‘make things right’ as best they can; seeing the victim as a fellow human being is integral to the process of restorative justice for the offender. The victim can also be restored not only by being compensated, or by getting things off their chest or by getting some questions answered; restoration for the victim also happens by beginning to see the offender in a new light: as a person genuinely sorry for their wrongdoing, willing to make things right and as a fellow human being like themselves; restorative justice can make a real difference in peoples’ lives.

….works when given the chance. RJ has remarkable success with young offenders, offering them a process of meeting with their victim instead of going through the criminal court justice system. In most cases a possible life of crime is headed off, a young offender avoids a criminal record, a valuable lesson has been learned and justice has been done: restorative justice.

For those incarcerated, a restorative justice program among inmates can lead them to appreciate their own humanity in a new way as they see and help fellow inmates change for the better through specialized interactive programs. With restorative justice rehabilitative programs begun in prison, these men and women then have a better chance of not falling back into crime when they re-enter society. Restorative justice is a proven program in the countries that have made serious attempts to establish it alongside their criminal justice system.

The above paragraphs are but a glimpse into restorative justice, and incomplete at that; please forgive my incompleteness. As I learn more about restorative justice and minister more closely to those people in our jails and those involved in their care, I hope to flesh out what I am convinced is the work of the Spirit of Reconciliation. 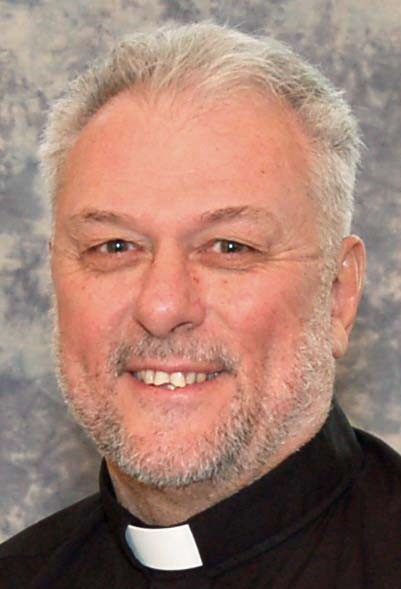